I’ve been quite critical of D&D 4 in the past, but as time has gone by I’ve grown to rather like it. (In part this is because I’ve mellowed and in part it is because WotC improved the game over time).

For the last few months I’ve had a bit of a hankering to run some. This has come to a peak thanks to Games Workshop and Fat Dragon Games.

A few weeks ago I popped into GW to get some paint and other odds and ends to finish off a prop for a LARP. I managed to escape the store without buying anything I hadn’t put on my shopping list before venturing forth. I did, however, spend some time going “ooooh” at the current range of paints.

The desire to dig out the unpainted plastic I have and apply acrylics to it has become quite strong and I might have poked around the GW website a little.

Age of Sigmar 2 is on the horizon and, unsurprisingly, this means a nice box with lovely plastic toys is being released later this month. They look really nice. Did I mention I had a box of unpainted figures I really should attend to? ahem.

Meanwhile, Fat Dragon has been sending my files to print scenery with. (This is the squirty plastic 3d kind of printing). A couple of the sets are lovely and reminded me of a Dungeon World game I had tremendous fun running a couple of years ago.

On the upside, I have a project with a clear goal that involves lots of enjoyable preparation. 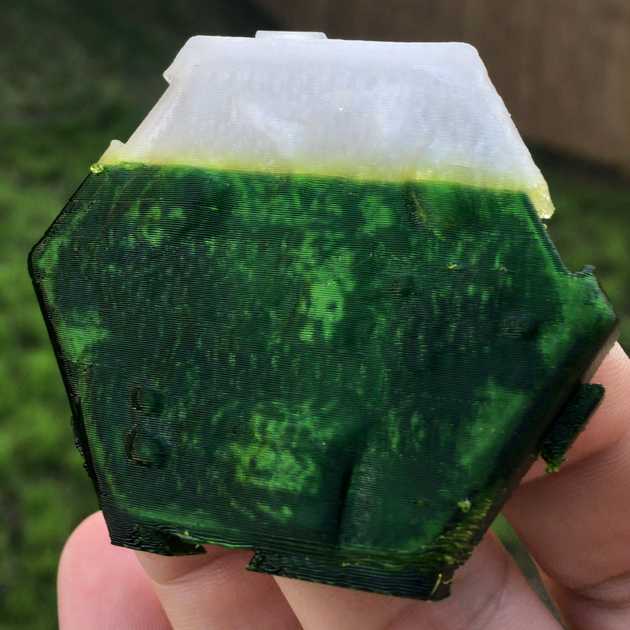 While the printer churns away at the next piece of terrain, here’s one I prepared earlier. I’m quite proud of this as I had misjudged the amount of filament I had left and ran out of green three-quarters of the way through the print job. Happily, I was able to hit pause and change the filament so I could finish the job. The colour change isn’t a problem: I was going to paint it anyway.