![](../../../uploads/2017/12/K_Web_banner_FNL.jpg)
[Consequences](http://www.ishtari.co.uk/consequences/index.php) is an annual convention for [freeform LARPS](http://www.ishtari.co.uk/consequences/faq.php) that takes place on the south coast of England. I’ve been aware of it for a few years, but haven’t been along until this year when the important factors of “Available holiday time”, “Knowing a few friendly faces who would be there”, and “Not trying to sell my home” combined. I’ve very glad I put the effort into going along.

I could have done with a couple more days of annual leave from work, but had to cut short the purely social time and just attend the main portion of the event. After a day fighting an unpleasant technical problem at work, I arrived home, transferred my luggage to the car and set off for the coast. A couple of hours of motorway night driving later and I was more than ready to throw myself on the tender mercies of the Keepers of the Ops Desk. They were well versed in the care and handling of attendees with work-and-travel-frazzled brains.

With my luggage offloaded into my apartment, I was able to able to quietly catch up with a few people I knew (or less quietly in the case of one glittery individual), before drifting off to a lodge party for lots of chat and port. I managed to escape only an hour after I planned to go to bed — a great success that meant I wasn’t a member of the walking dead the next morning. 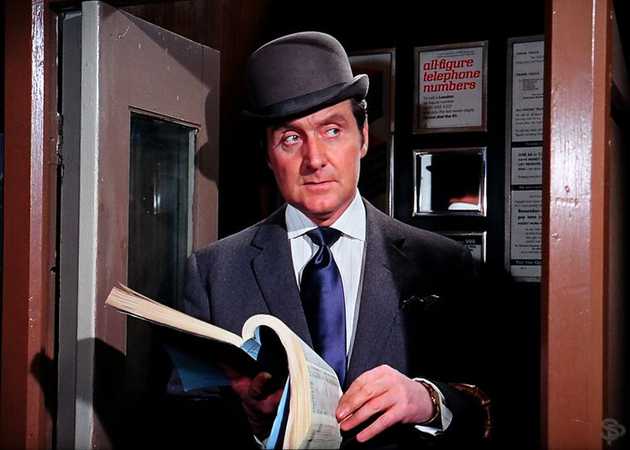 No, I was very much alive, albeit possessed by a demon in The Apocalypse Agenda: a brilliant game with a clever premise and some fun twists. Simon was playing a priest and his veiled comments were a delight throughout. 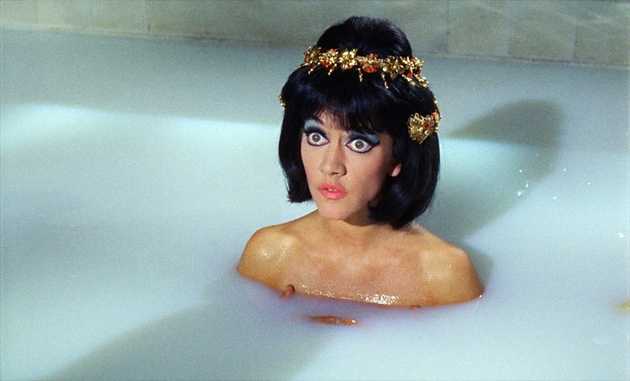 Next up, I was Ptah in Carry On Khemet (the P is silent). This was a very silly game in which many crackers were pulled, balloons were wobbled, spears were thrust, and I turned out to be the best muncher. It spoils nothing to say that I was married in-game (my first in-character wedding!) even though it turned out to be the shorted marriage in history due to the unfortunate and unexpected death of my bride a few minutes later.

I had been on a waitlist for the Friday night session, but a month or so before the game an email came along and announced that a new game had been added to the roster and I jumped on it on the basis of “Game!” 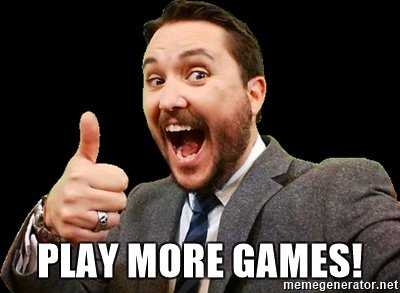 Last Boat Leaving promised to be less like any freeform I had played before, so I was a little unsure about how much I would enjoy it. I needn’t have feared, it turned out to be the stand out best game of the day (against some very stiff competition).

Character creation was a very collaborative process, a fun activity in itself. If Tony runs it again, he’ll have to decide between starting character creation from scratch or seeing what another player group does with the characters we came up with. Either would be good.

The game itself was a quiet, perfectly paced mystery that cleverly explored of a couple of interesting philosophical questions, via a goodly chunk of interpersonal drama. All accompanied by a great soundtrack (one conversation was perfectly punctuated by Suicide Is Painless ticking round on the playlist) which was used as a timing mechanism; essential for the game as there would otherwise be no obvious end-of-scene.

I had originally planned to take Saturday morning off but was on a waitlist for a game in need of a new title that was set in a Galaxy Far Far Away. One player, tragically, could not make it so I ended up in his spot. The game had a couple of rough edges (mostly revolving around not having bits of information I thought I should have had) but nothing major and I had a good time trying to sort out my problems (manipulating the Jedi into dealing with one of them for me was great fun, it is just a shame that they failed), while avoiding the many woman people were trying to set me up with.

There were three ladies that I ended up attached two (only one by choice!) and I spent a chunk of the game trying to figure out what my official fiancée was up to (I had many theories, they were all wrong) while trying figure out who to vote for at the election (after almost giving my allegiance away to someone promising to sort out a problem for me — in a fashion that I later discovered might destroy the planet — I eventually settled on “nobody”: A pox on both your houses!) and fled the planet with my unofficial fiancée so we could elope and hope our homes were still there when we came back after the various metaphorical fires had been put out. If they weren’t… well, a deal with the banking consortium assured that a good chunk of my personal finances was safe off-world. 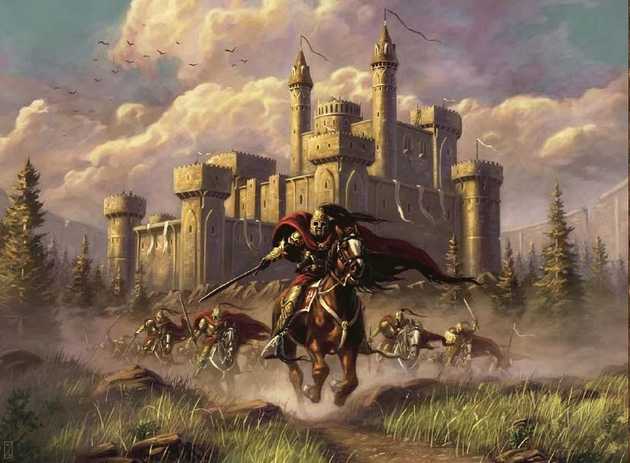 The afternoon was given over to Fort on the Borderlands which was a highly enjoyable romp with much running about and questing during which I somehow managed to achieve level 6 and become Castellan of the Fort. As is traditional with the D&D genre, player created backgrounds were weaved into the prewritten plot line and I had the joy of having mine linked to Rachael’s. This led to the delightful moment at the end of the game where I was declared to be the new Castellan which was met with a cry of “But he’s an undead monster!” and James’ response “No he’s not! He’s an angel!”.

I had been given a human body after I found myself on the wrong side of the gates to the divine realms (I didn’t fall, I was pushed), I had no idea that it used to belong to her adventuring companion… who died in her arms… which led to her village being wiped out as an act of revenge (possibly, depending on how much I was being lied to). Ahem. Not my fault!

It was a wonderful game that James has very kindly given me permission to run for another collection of players this summer. 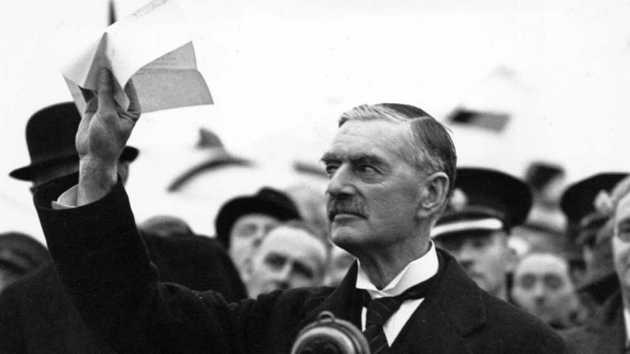 As with the previous day, I found myself in a quieter, smaller, intimate game for the evening. Dulce et decorum est takes place during a dinner party in the days leading up to WWII. I was an American outsider getting to know new people, with his own concerns about what was going on in Germany, who found himself surrounded with people who could help him solve his problems but who had their own issues to deal with.

All in all a lovely family drama. My only regret is not having spent some time refreshing myself on the historical details of the period beforehand. 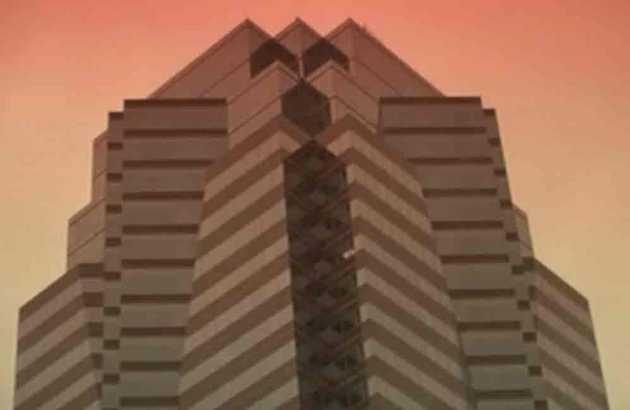 My final game was on Sunday morning: Nakitomi Plaza. A madcap, mashup of madness in which every genre of action film hero collided in a bonkers explosion of … everything. I’ll leave the specifics out because they are better experienced than explained. My kung-fu detective crashed through everything that could be crashed through and blew up most of what was left. A great ending to the con.

Then came time for the closing ceremonies and farewells. With work in the morning, I couldn’t stay for more socialising; hopefully that will change in 2018.

Over the course of the days I was there, I caught up with old friends, got to know acquaintances better, and met new people. Everybody was lovely, and it was a fantastic con. My thanks to everyone who made it happen: The organisers, the volunteers, the game writers, the GMs, and the players along with the staff at Naish who looked after us very well. I played 7 games, and they ranged from “good” to “excellent”. There wasn’t a duff one among them and I’ve booked for 2018 already.