(tl;dr, if you have some disposable income, consider directing it at this.)

A few years ago I picked up the original Dwarf King’s Hold which is a nice light weight 2-player dungeon crawl grid based skirmish wargame.

The miniatures are great (I picked up some more skeletons since they are sold separately too and they look lovely) although the rest of the components were only adequate. 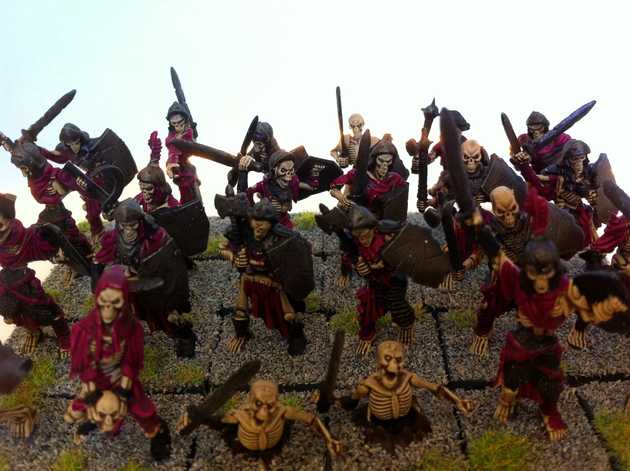 Roll forward a few years, and the 4th set in the series is being kickstarted … and it has a lot of changes.

It has a new title. It has higher quality map tiles. It features named heroes against the nameless hordes (rather than two nameless hordes of different races). It supports more than two players (the heroes can be split among players). In short, it looks a lot more like HeroQuest. I’m really looking forward to getting my hands on a copy.

It took about a minute for the 550 early bird deals (save $5!) to be picked up, and then the standard package started rolling off the shelf. In less than 12 hours it has tripled its goal.

The price feels a little too high for me, but since this is a Mantic kickstarter, the stretch goals over the rest of August are bound to make it worthwhile.

Take a look and see if you want to join in.